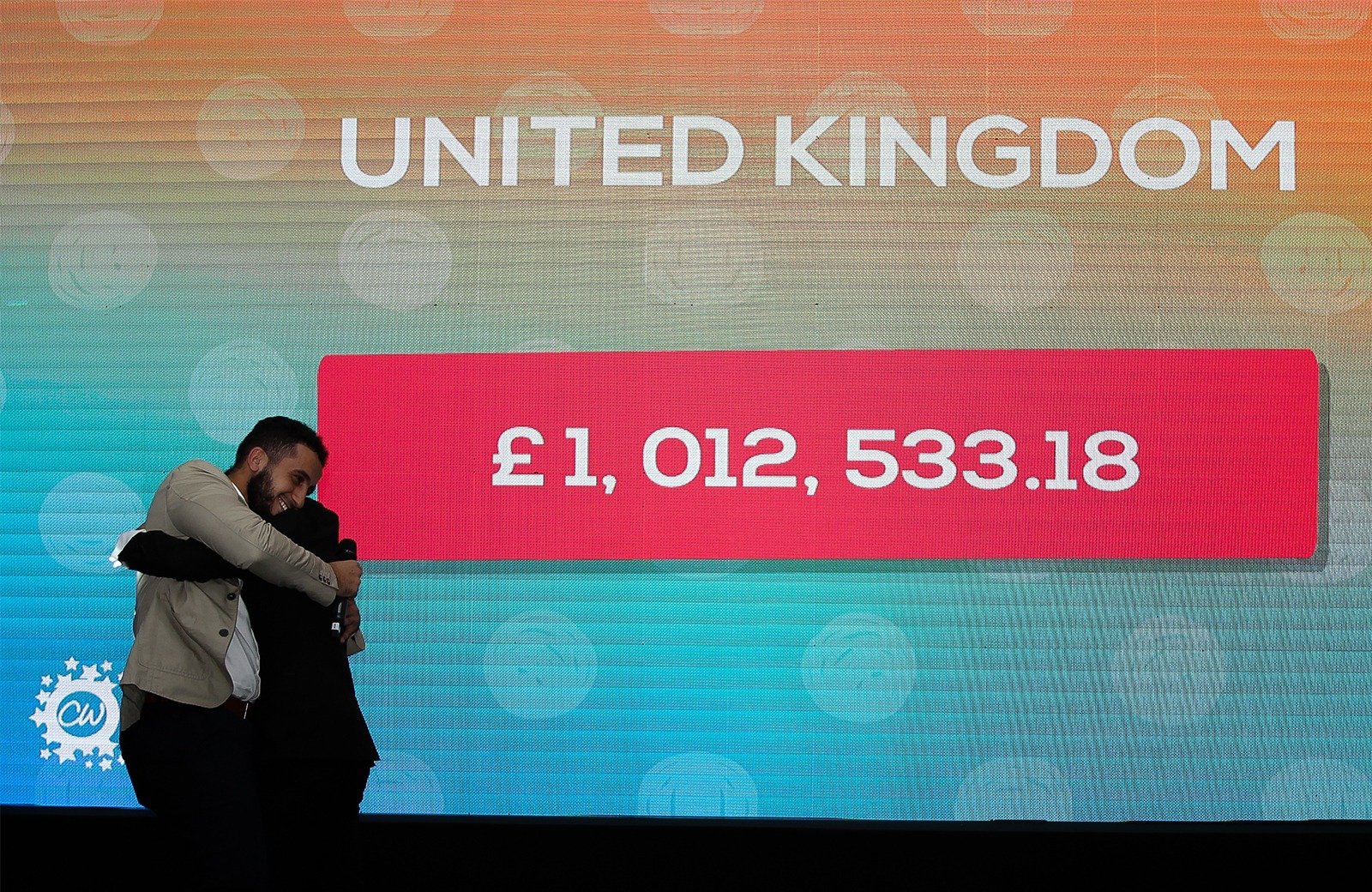 Muslim students from around the UK set a new record by raising over £1 million during Charity Week (where student Islamic societies raise funds for Islamic Relief). The total was announced at the Charity Week International Annual Dinner that took place in the iconic Edgbaston Cricket Ground in Birmingham on Sunday, 25th November.

Charity Week (from 22-28 October) saw Muslim students up and down the country donate their time, energy and goodwill to raise funds. They took part in various whacky events including banana auctions and sumo wrestling.

The total amount raised by the students in the UK was £1,012,000. This was announced to a fanfare at the ceremony, attended by volunteers and students from across the UK, as well as Germany, USA, Canada and Qatar. Almost £360,000 was raised by students in Canada, Qatar, Germany, USA, Australia and South Africa, taking the international total to £1.3 million. 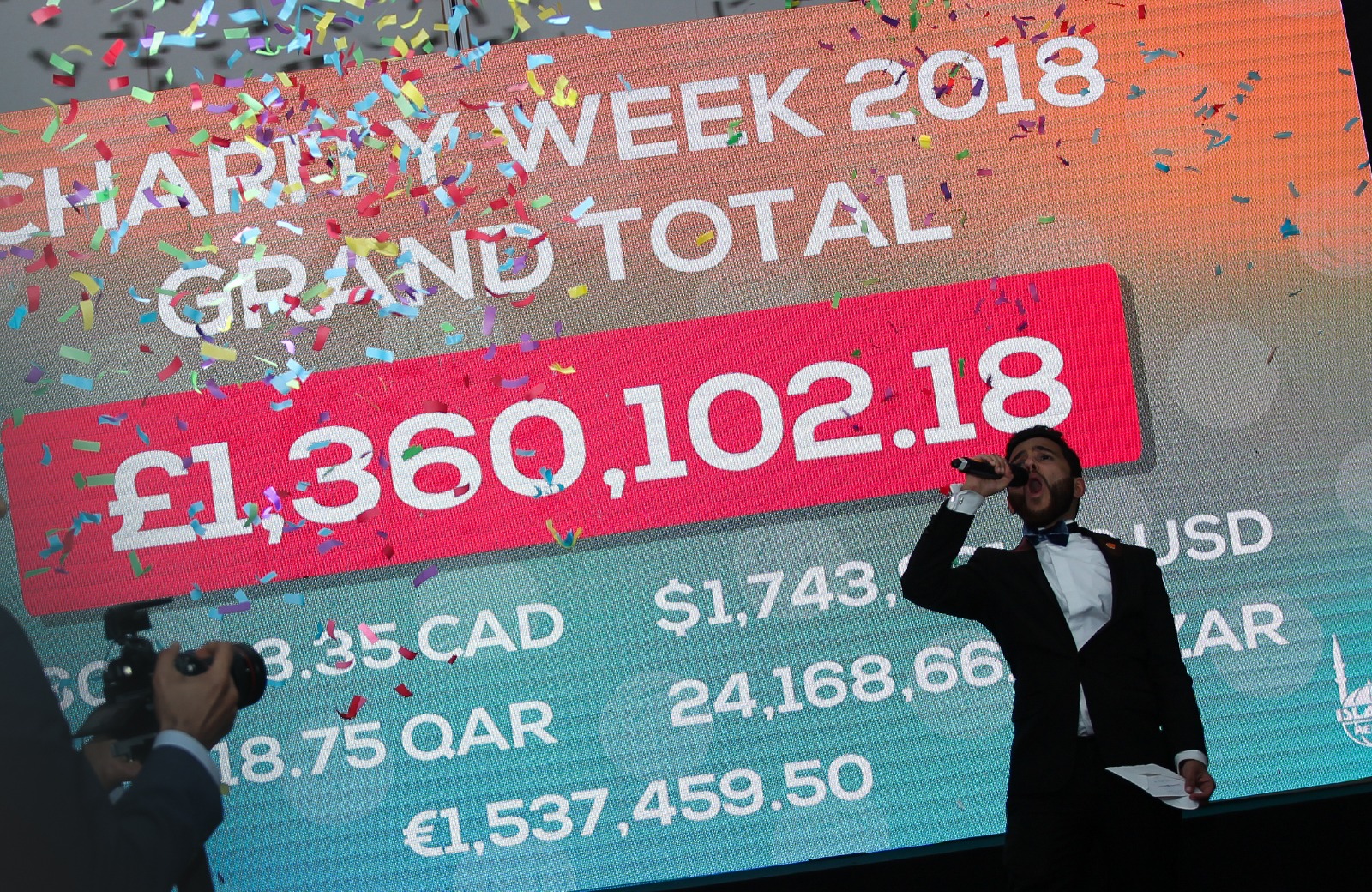 At the ceremony, awards of appreciation were given out to the most successful fundraisers and volunteers.

Charity Week isn’t just about fundraising. Students, local businesses and volunteers get behind the campaign to engage in projects that benefit local communities. In October this year, local councillors in Bradford joined Islamic Relief volunteers at a community litter pick in Seymour Park, making the park a cleaner and safer place for the community.

Another key element of Charity Week is the promotion of unity between different student Islamic societies and the wider society.

Students of De Montfort University in Leicester, whose contributions to unite students of different religions, cultures and universities, were acknowledged by being presented with the ‘Best Show of Unity’ award.

“We raised a total of £14,000 by uniting our efforts with students and volunteers from De Montfort University, Warwick University and Leicester University. We collaborated and campaigned together to raise the funds. We also incorporated students from other religions and cultures by creating a banner with hand prints of the students to show unity. We are privileged and honoured to be recognised for our efforts and we could not have done it without the help and support of our fellow students, volunteers and our wider community in the Midlands.”

Charity Week began as an annual volunteer-led campaign launched by a group of students in London back in 2003. Over the years it has raised over seven million pounds! 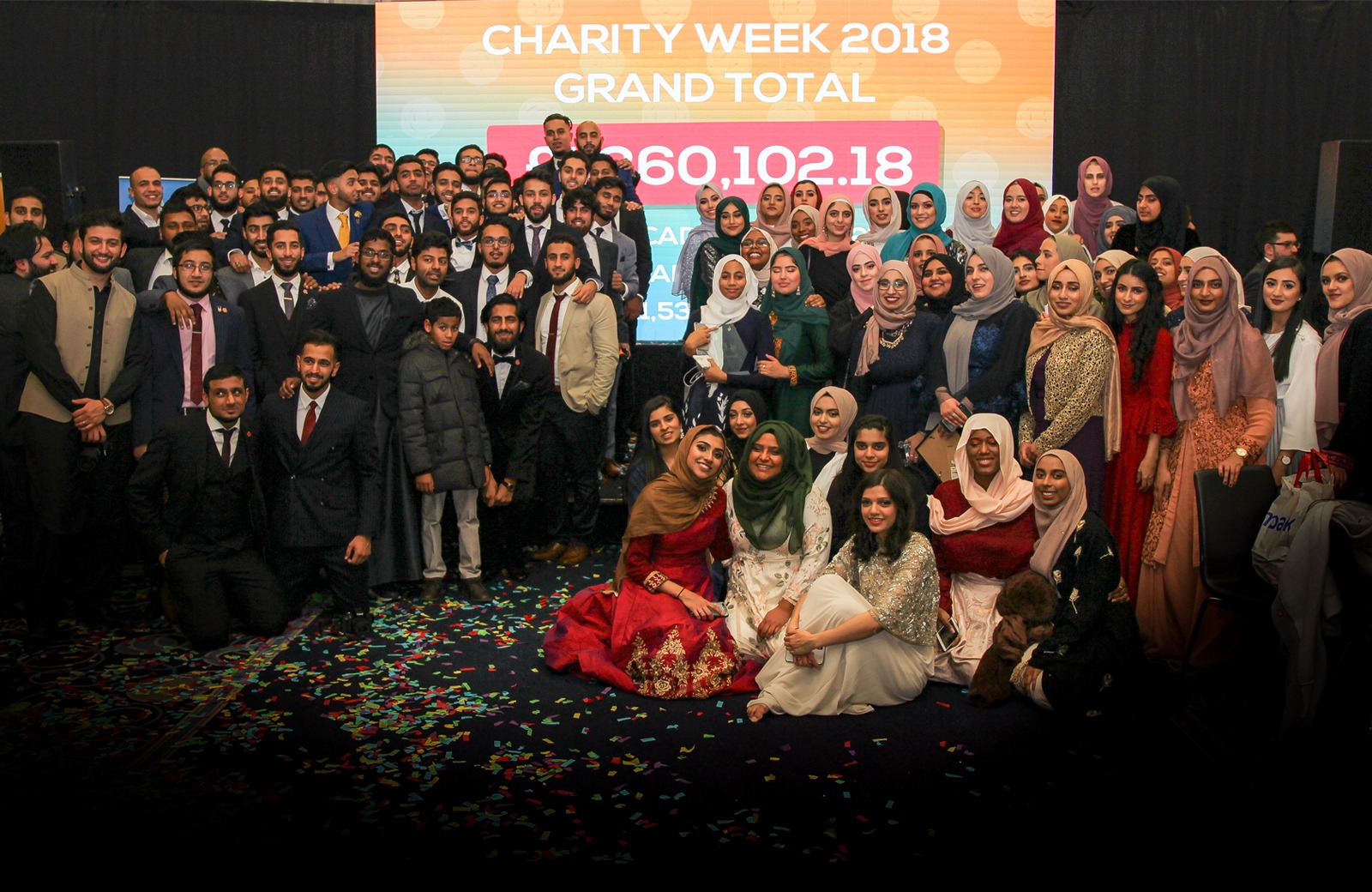 “Today we have seen the fruits of hard work and sincerity of our future generation. To raise over a million pounds in one week, whilst juggling studies, is an incredible achievement. The campaign epitomises unity and what can be achieved when we are united with the vision of helping those less fortunate than us to build a better, more hopeful world.”

“The event on Sunday was inspiring, to say the least. I felt inspired and encouraged to meet so many students and volunteers, from across the world, who are so passionate about helping others. Funds raised through this campaign will go a long way to helping children and empowering. This was a  phenomenal achievement and they deserve all the credit. Their commitment and willpower is simply inspiring. They have already started thinking about what they can do to achieve even more next year.”

All the money raised during Charity Week, goes towards supporting children’s projects run by Islamic Relief in the UK and around the world. The projects are wide and varied and include building schools in Mali, refurbishing orphanages in Syria and helping children to go school in Afghanistan.