Islamic Relief’s regional manager for the north will preach a sermon about gender-based violence in Cheadle mosque during Friday prayers as part of the 16 days of action against gender-based violence which starts this Sunday. The 16 days, which start on 25 November, the International Day for the Elimination of Violence against Women and end on 10 December, Human Rights Day, is a time to galvanise action to end violence against women and girls around the world.

The sermon will also feature Islamic Relief UK’s “Honour Her” campaign to prevent violence against women and girls in the UK and overseas. Launched in 2018, this campaign was created to encourage debate on this important matter and to help inspire action in communities across the world.

“It is unacceptable that 1 in 3 women worldwide experience physical, emotional or sexual violence in their lifetime. That’s over one billion women alive today. Islamic Relief is deeply committed to fighting this violence across the world and in the UK. It is not a Muslim problem – it’s a cultural problem that affects all communities. However, as Muslims we have a responsibility to stand against violence against women and girls, in any shape or form, as it is not acceptable in Islam.”

The sermon in Cheadle is one of hundreds taking place during the 16 days of action in the UK and overseas.

“Friday prayers is an important time for us to raise awareness about this important campaign and we are enormously grateful to Cheadle Mosque for their support,” added Ateeq. 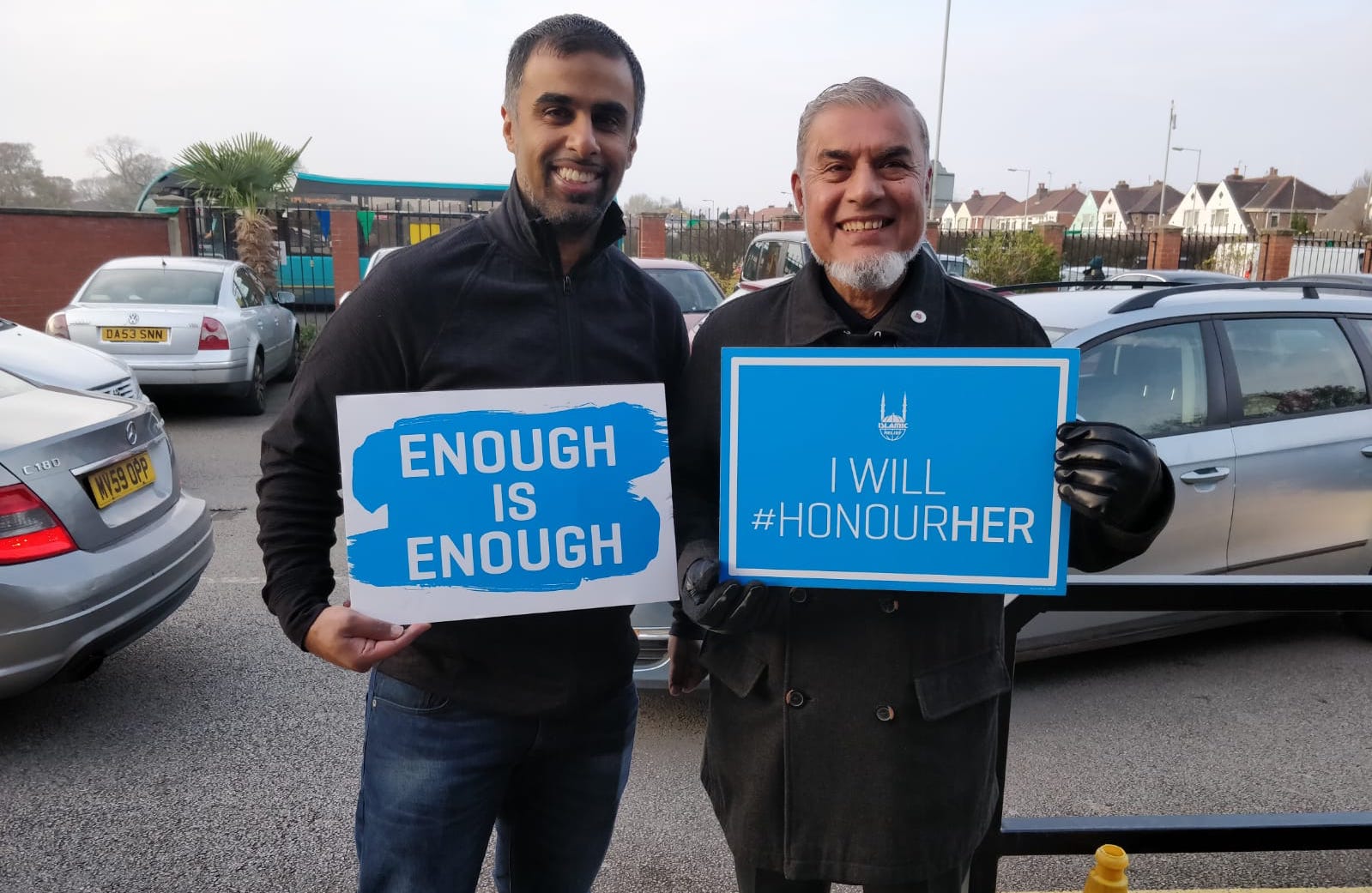 Worshippers at Cheadle Mosque show their support for the Honour Her campaign.

“We welcome this important sermon on Friday as the blessed Prophet of Allah said: ‘The most perfect of believers in belief is the best of them in character. The best of you are those who are the best to their women.’ Allah calls for the protection of women from the vile acts of violence perpetrated by men and any violation of women directly contradicts his orders.”

As part of Islamic Relief’s “Honour Her” campaign, we are working to promote community dialogue and empower women in our programmes across the world. And in the UK we are working with key British-Muslim figures to spread our message, including the model and activist Mariah Idrissi and the Secretary General of the Muslim Council of Britain, Harun Khan. 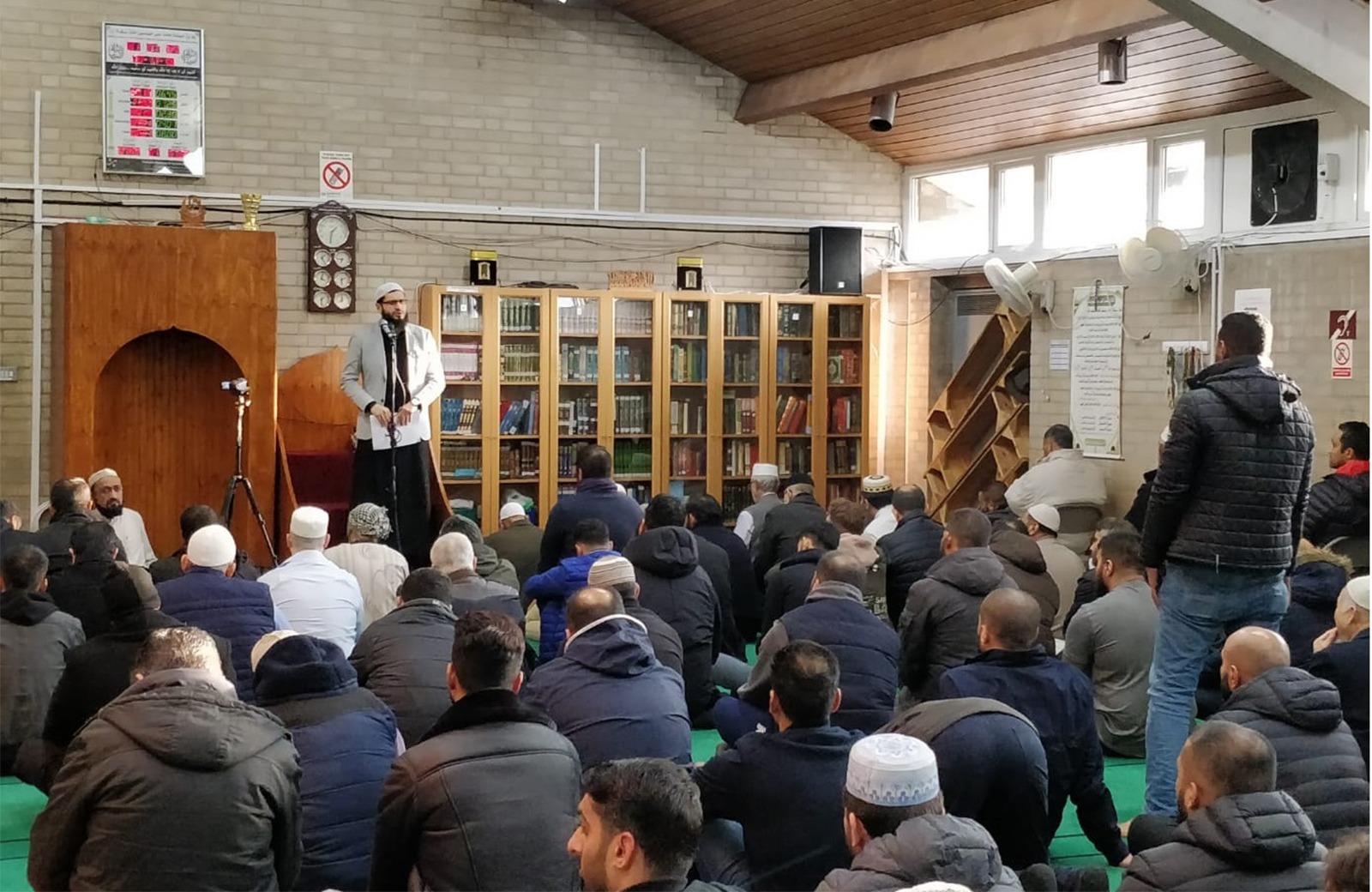